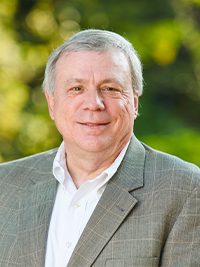 William Gantt  received his Juris Doctor and BA degree in Advertising from The University of Alabama. While practicing law in Birmingham, the Demopolis native served on the Board of Directors for Birmingham Festival Theatre where he produced Doug Wright’s I Am My Own Wife and Intimate Apparel by Lynn Nottage. He founded The Southern Literary Trail that recognizes noted writers and playwrights of the South including Tennessee Williams and Lillian Hellman whose family ties to Demopolis inspired The Little Foxes. William introduced a screening of William Wyler’s film version of Foxes in the restored Egyptian Theatre on Hollywood Boulevard in Los Angeles as a companion event to the revival of Hellman’s play at the Pasadena Playhouse. He is an inaugural member of the Selection Committee for the Alabama Writers Hall of Fame, headquartered at the Amelia Gayle Gorgas Library. He has participated in grant review panels for the Alabama State Council on the Arts and recently organized a statewide concert tour by New York pianist John Davis (John Davis plays Blind Tom) with the Council’s support.