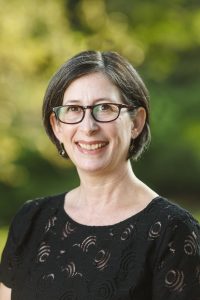 Rebecca Salzer, Associate Professor of Dance and Director of the Collaborative Arts Research Initiative at The University of Alabama, is an intermedia dance artist and educator. Her work for the stage has been seen in Chicago, Los Angeles, San Diego, and San Francisco, where she directed Rebecca Salzer Dance Theater for a decade. Her award-winning films and videos have been programmed in national and international venues and on public affiliate television stations KQED, KPBS, and WTTW. Salzer is a Jacob K. Javits Fellow. She holds a B.A. in Humanities from Yale University and an M.F.A. in Dance Theatre from the University of California, San Diego. Ms. Salzer also serves as Project Director for the Dancing Digital Project, supported by the National Endowment for the Humanities(dancingdigital.org).