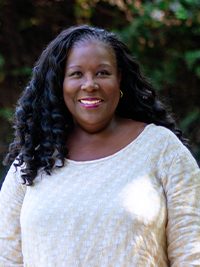 Soprano Luvada A. Harrison enjoys a varied and distinguished academic and performing career.  She made her Carnegie Hall debut as soloist with the Manhattan Philharmonic and her Lincoln Center debut in Alice Tully Hall with the New York Choral Society as the soprano soloist in Rossini’s Stabat Mater. Harrison has performed with regional opera companies and symphony orchestras throughout the United States and Europe. As an Arts Educator, she worked for the Education Department of the New York City Opera Company, the Metropolitan Opera Guild and the “Meet the Artist” series at Lincoln Center.

To further highlight the breadth of Harrison’s talents, Off-Broadway patrons enjoyed her performance as the opera singer in Prelude and Liebstod by Tony Award winner Terrence McNally. Harrison went on to receive national exposure as Aida in the “Drama Queens” episode on HBO’s hit series Sex and the City. Most recently, she portrayed the role of Nurse Nelda in Aaron Greer and Seth Panitch’s award-winning Independent Film Service to Man. In July, she was a guest artist and clinician for the First Annual Alabama Blues Weekend sponsored by the University of Alabama’s College of Continuing Studies, the School of Music and the Alabama Blues Project.

As a concert artist, she has presented recitals and master classes at several universities throughout the United States including Lawrence University in Wisconsin, Albany State University in Georgia, Liberty University in Virginia and Pikeville University in Kentucky. Harrison has also appeared as a featured soloist with the Tuscaloosa Symphony.

Harrison holds a Bachelor of Science in Vocal Music Education from Towson University, a Masters of Music in Opera Performance from Binghamton University and a Doctorate of Music in Voice/Opera Performance from Florida State University where she was the recipient of the coveted University Fellowship. She has presented her doctoral research on the Lyric Art Songs for the Salon by 20th century Italian composer Franco Alfano at national and international conferences.

Prior to joining UA’s Department of Theatre & Dance, Harrison taught at Stillman College where she was an Associate Professor of Music. During her tenure at Stillman, she received the Joseph A. Gore Faculty Merit Award, for excellence in teaching, and the President’s Golden Shovel Award for community service. She has served on the Board of Directors for the Tuscaloosa Symphony and Theatre Tuscaloosa. She currently serves on the Board of Directors for the Arts & Humanities Council of Tuscaloosa. In the fall of 2018, Harrison joined the faculty of the Department of Theatre and Dance at The University of Alabama as an Assistant Professor of Musical Theatre/Voice.