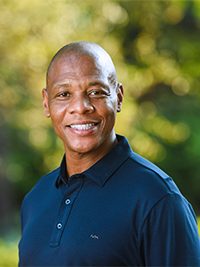 Professor Carter has always had a passion for dance and it is reflected in his list of accolades.  Carter was awarded the National Outstanding Doctoral and Research Universities Professor of the Year award by the Council for Advancement and Support of Education and the Carnegie Foundation for the Advancement of Teaching in Washington, D.C. on November 13, 2001.  Carter was also awarded the 2001-2002 Outstanding Commitment to Teaching Award by the Alabama Alumni Association.  He’ll never forget how his passion garnered the first of many awards:  a scholarship to the Conservatory of Theatre Arts at Webster University in St. Louis, MO after high school.  Carter then joined the Cleo Robinson Parker Dance Ensemble and studied at The Ailey School on scholarship.  He went on to explore the international dance scene.  Carter’s first major appointment was as the new artistic director for one of the first contemporary dance companies and schools in Reykjavik, Iceland.  Carter has been a faculty member at the American Ballet Theatre, American Dance Festival (Moscow 1997 and Korea 2002), Bates Dance Festival and Harvard Summer Dance Festival (Dean of Students).   He teaches and choreographs for the Alvin Ailey Summer Intensive Program (2001-present) in New York.  In May 1999, he attended the American Choreographers Showcase where he presented and performed his choreography in France, Holland, Austria, Vienna, and Lithuania.  Carter continues to set new works on student companies, professional companies and other University dance programs in the United States and abroad.  Mr. Carter received his MFA in Dance from the University of Hawaii at Manoa.  He was a Guest Rehearsal Director for Dance Brazil 2005 Season in Bahia, Brazil.  Most recently he served on the panel for the National Endowment for the Arts in Washington, D.C.