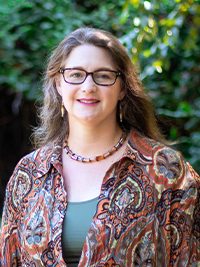 Allison Hetzel is an Associate Professor of Voice and Acting at The University of Alabama. She recently presented a selection from her upcoming project “Step Mama Drama” in Chicago, Illinois as part of the Identity Cabaret during the summer of 2016 at DePaul University. “Step Mama Drama” will be a production at the 2018 Edinburgh Festival Fringe. In August of 2014, she was invited to perform in “Cross Cultural Archetypes” in London, England at the Royal School of Speech and Drama. Acting credits at The University of Alabama (UA) include Toni in Appropriate, Flo in Picnic, and the Inquisitor in Saint Joan. Her vocal coaching credits include the 2011 summer season at the Colorado Shakespeare Festival and the New York productions of Hell and Alcestis Ascending as well as numerous productions at UA. Allison also created and performed in a one-woman show titled Considering Georgia O’Keeffe at the 2009 and 2010 Edinburgh Festival Fringe as well as the 2010 East to Edinburgh Festival in New York City. Allison is an Associate Teacher of Fitzmaurice Voicework (2008) and a Master Teacher of Archetypes for Actors (2015). She recently co-authored an article titled “Managing ‘Vocal Dose’ and the acting voice: how much is too much?” in the December 2017 Voice and Speech Review Journal, a peer-reviewed journal published by Routledge. She received her MFA in Voice and Acting Pedagogy from Virginia Commonwealth University where she studied voice and speech with Janet Rodgers. Prior to her graduate work, Allison performed at the following theatres in Chicago, IL: Organic Theatre, Ivanhoe, Factory, and The Theatre Building. She has studied Classical Greek theatre with the Athens Centre of Greece, where she performed in a touring production of The Trojan Women. She also performed in Darkly Beautiful at the 2002 Sibiu International Theatre Festival in Romania, where she worked with the DAH Theatre Company from Yugoslavia. Allison has led voice and acting workshops in Alabama, Georgia, Illinois, Louisiana, Tennessee, Virginia, Wisconsin, England, and Scotland. She is a member of the Voice and Speech Trainers Association (VASTA), and she has taught with Arts ‘n Autism for the past eight years.