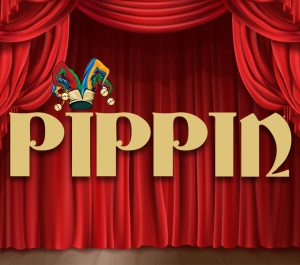 The University of Alabama’s Marian Gallaway Theatre will be filled with singing, dancing and laughter as more than 25 students take the stage to perform the musical “Pippin” this week.

The play shares the story of Pippin, the son of the French king Charlemagne who has been sent away from his home to become a scholar. Pippin works to discover his purpose but struggles to find fulfillment.

Matthew Davis, an assistant professor and the department’s head of directing and stage management, is directing “Pippin.” Davis said he believes students will resonate with the themes of the musical, which are outlined in the department’s new diversity statements.

“‘Pippin’ discusses what truly brings good to this earth by telling the story of a youth born into a life of privilege who, overtime, recognizes its negative impact on his life,” the statement reads. “Pippin learns that the key to happiness is the process of throwing off all avarice and becoming aware of what’s truly important.”

The department’s adaptation of “Pippin” is set in a survivalist society. The performers act as the narrators of Pippin’s journey; they have experienced large restraints after a tragedy similar to the current pandemic. Davis said this musical examines how storytelling evolves from tragic situations.

“We could all use a little bit of understanding and the development of the simple joys we find in each other,” Davis said. “The importance of life is really an understanding of human nature and inclusivity. I think that’s an important thing that we can all tie into right now as we explore the world that we are living in today.”

The musical shares deep themes in an engaging and uplifting way.

“It has a pertinent and poignant message, but it’s also a lot of fun,” Davis said. “We have acrobatics and insanely talented dancers and singers, so a lot of these themes are expressed through joyous and fun elements.”

Before starting technical rehearsals, the cast performed “Pippin” for the crew. Despite only having 15 audience members, Davis said this performance created an exhilarating energy.

He said this musical will be special considering it is only the second in-person production in the past year.