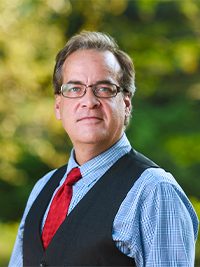 Dr. William A. Martin is an Associate Professor at the University of Alabama in the Department of Theatre and Dance where he serves as the Director of Vocal Instruction for the Musical Theatre Program. He is also active as a professional singer and actor. His varied performance credits include the role of Maurice on the National/North American tour of Disney’s Beauty and the Beast, roles with numerous opera companies including Atlanta Opera and Baltimore Opera, as well as several summers with Lees-McRae Summer Theatre. Dr. Martin has also taught and performed internationally at the Escola de Musica da Universidade Federal da Bahia in Brazil. He is a member of the Musical Theatre Educators’ Alliance, the Southeastern Theatre Conference, the National Association of Teachers of Singing, the American Guild of Musical Artists, and Pi Kappa Lambda.