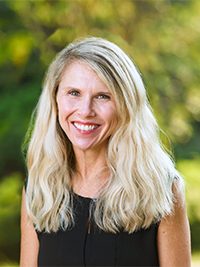 Stacy Alley is Head of Musical Theatre and Professor of Musical Theatre/Dance at The University of Alabama (UA). She is also a professional director and choreographer whose most recent credit is the direction and choreography of the Danish premiere of of LaChiusa’s The Wild Party at Fredericia Theatre. Her teaching and artistic credits also include work in Germany, Tanzania, Norway, Scotland, and Chile and in theatres throughout the U.S. Stacy has served as the Artistic Director of SummerTide Theatre since 2014 where she has directed/choreographed All Shook Up, Pump Boys and Dinettes, Ring of Fire, The Marvelous Wonderettes, Forever Plaid and Smoke on the Mountain. Recent UA credits include Legally Blonde, Spring Awakening, The Drowsy Chaperone, A Chorus Line, and August: Osage County. She has been performing professionally for over thirty-five years, including five years as a featured dancer in Radio City Music Hall’s Christmas Spectacular. Stacy is the former President of the Musical Theatre Educators’ Alliance, a member of the Stage Directors and Choreographers Society, and co-founder of the Musical Theatre Committee for the Southeastern Theatre Conference. She holds an MFA in Acting from The University of Alabama, a BA in Theatre from the University of Southern California, and is a Certified Movement Analyst through The Laban/Bartenieff Institute of Movement Studies in NYC. Stacy is the recipient of the Outstanding Commitment to Teaching Award from The University of Alabama’s National Alumni Association and the President’s Faculty Research Award through The Office for Research & Economic Development.