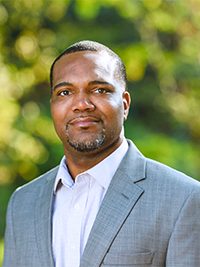 Lyndell McDonald currently serves as Technical Supervisor for the Department of Theatre and Dance at The University of Alabama. He is a member of the IATSE local 78 stage union and has a preferred concentration in lighting design. In addition, he has served as lighting designer and technical director for Dance Alabama! and Alabama Repertory Dance Theatre for over a decade with oversight of six dance productions annually. He has previously served as the guest lighting designer for Contemporary Choreographers Collective (COCO) Dance Festival in Trinidad and Tobago and for American College Dance Association South-West Region Conference at Texas Tech University. He has also served as Lighting Designer for the Birmingham Dance Theatre, NS Studio in Birmingham and the Pointe Dance Arts also located in Birmingham. His theater design credits include: The Grapes of Wrath, The Piano Lesson and Romeo and Juliet just to name of a few. His union credits include production setup for Jay-Z’s Holy Grail tour, Miranda Lambert’s Platinum tour and Mama Mia!. He has also produced work for the Alabama Shakespeare Festival, American Ballet Theater and The University of Alabama’s SummerTide Theatre productions. He holds a Bachelor of Arts in Theatre from The University of Alabama. In addition to his academic and performing arts experience, Lyndell also owns an event lighting and production company, 2L7 LLC.. The company manages and designs lighting and decor for special events including: formal galas, fundraisers and weddings.