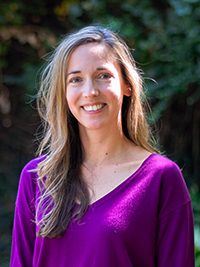 As a movement professional, she has created movement for Mother Courage and Her Children (Arena Stage, DC), along with other regional productions, and internationally with the British physical theatre company, Complicite. Kelley has created original works of physical theatre, including Her Destined Port, performed at New York City’s La Mama Experimental Theatre Club in 2015, and Beauty, Identity, Release at the Edinburgh International Fringe Festival in 2019 (for which she was awarded a UA faculty research grant) and in Austria at the IUGTE Interdisciplinary Arts Conference. At University of Alabama she has movement directed or coached numerous productions including The Philadelphia Story, La Ronde, and The Importance of Being Earnest, as well as acted in and directed several productions, including The Servant of Two Masters.

Kelley worked professionally in New York City for ten years as an actor and puppeteer with such organizations as MCC Theater, La MaMa E.T.C., Mabou Mines, Theatre for the New City, and The Culture Project.