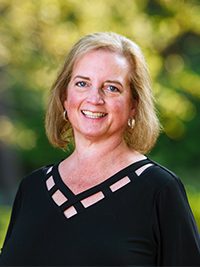 Donna Meester is a Professor of Theatre & Dance and Director of Costume Design and Production at The University of Alabama. Meester served as Design Chair for the Kennedy Center American College Theatre Festival-Region IV and is a 2011 Recipient of the Kennedy Center Golden Medallion Award, the highest award given to educators. An active member in the United States Institute for Theatre Design/Technology, Donna recently served six years as the Costume Commissioner.  Meester is currently serving her third term as Faculty Senate President at The University of Alabama.

Some of Professor Meester’s favorite designs while at UA include

Other design credits include work for the following: